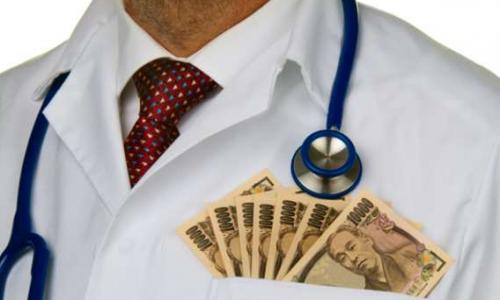 Doctor's To Give Life Not To Take Lives

Who is a doctor ? A Doctor must be a person who is educationaly qualified and must have a skill to perform the operations that have been made for them in matter of any risk. the doctor must be aware about the quality and skill of the mind set of the people that comes infront of him for the treatment. doctors experience is more important than qualification.but what happens around us is just not a simple thing. Becuase the person who become a doctor now a days is not meant for that job because the new doctors are made of money not skills.

The one who posses the Doctor's skill must know about medicines, diseases and mind of the people. a doctor must be a planner, that he has to foresight the future.but in the case its different by all means. this qualities can only be seen at the good doctors who are born to serve. but money made doctors can't come to the near boarder of skills

Exams are passed by just going and shaking your money infront of the management and getting it passed and comes to the operation theatre as a doctor to kill the human beings. he will not backdown even if he don't know to operate,because for one treatment money will flow into the pockets.

From 2010-2014 fake doctors list is increasing in asian countries. money makes man mad,its a while we are hearing this same dialouge so that the only thing is Money can kill things and money can't restore everything.around more than 1000 peoples were reported  to this tragedic incident due to shitness of fake doctors.

So just we have one thing to warn you. Beware of fake doctors , "they can't give life, they will take lives"