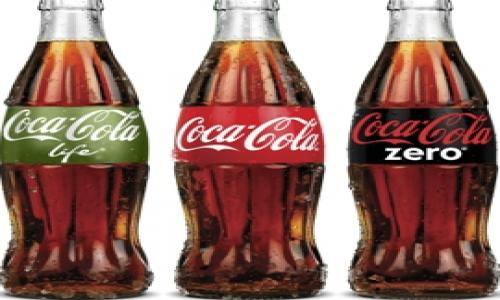 Coca-Cola plans to remove a component "harmful" of its beverages

Coca-Cola plans, the largest producer of beverages in the world, removing a controversial component of some of its brands, by the end of this year. The move comes following the submission of an electronic memo, and after finding the vegetable oil Bromena, in some fruit drinks such as Fanta, and sports drinks such as Paored.

Albroomina and vegetable oil (BVO), is a mix of vegetable oils by bromine, and uses the installer to taste in drinks that have a fruity taste, to help the survival of the natural taste of lemon and industrial brew. The decision reflects the growing movements for companies to reconsider some of the practices, in response to public pressure. The campaign was launched against the use of vegetable oil Albroomina by young Sarah Cavanagh, of the state of Mississippi, which wondered why this element was used in drinks that target athletes who are keen to practice a healthy life. Thousands of citizens have signed the memorandum prepared by the electronic Cavanagh, and put it on the site Change. Org, to demand the removal of vegetable oil Albroomina of Coca-Cola drinks.

It is scheduled to be replaced this component Coca-Cola because of fears that one of the elements of this additive is also found in flame retardants, which are materials used in fire extinguishers. The company Pepsi, Coca-Cola's main competition, has removed the chemical from Musharoppea for athletes "Gatorad", last year. A spokesman Bibisa, the company plans to have a wider stop using vegetable oil Albroomina, "and we are working hard to remove it permanently from the rest of our product range."The use of this component in Pepsi drinks "Mawantn Duo" and "AMP Energy Drinks."

He stressed that: "The safety and quality of products is our top priority."Fears of vegetable oil Albroomina, because of the material bromide, which constitute a danger to human health and are used in fire-resistant products. According to researchers at the medical institution, "Mayo Clinic", the excessive consumption of soft drinks, which contain this chemical compound, has had a negative impact in terms of health, including memory loss, in addition to problems in the skin and nerves.

The Food and Drug Administration has removed the U.S. in 1970 Albroomina vegetable oil from the list of food ingredients, are recognized as safe in general. But beverage companies got permission to use this article, but at 15 ppm. But in Japan and the countries of the European Union, prohibits the use of vegetable oils such as additives for food. The Coca-Cola Company plans to shift to the use of "Sugar acids Sputriat", or "glycerol ester pine", instead of vegetable oils, which are commonly used in the manufacture of chewing gum. The company, which is based in based in Atlanta, said two of flavorings in the drink athletes "Paored", namely, fruit juice and lemon strawberry, has already resulted in replacing vegetable oil Albroomina, and instead used the glycerol ester pine.