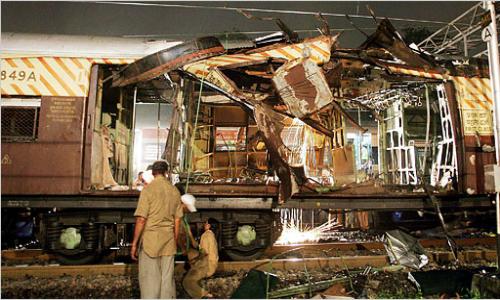 Killed one woman and injured 14 people were injured in a bomb attack targeted a train stalled in one of the stations, the city of Chennai (formerly Madras) in southern India. The explosions occurred in two carriages of the train cars, which was heading from the city of Jouhata northeastern India to the southern city of Bangalore such as a stopover in Chennai

The incident occurred before the train stopped at the station a few minutes. And a local television station broadcast images of the chaos in the train station, and people carrying the wounded from the jetty train to take them for treatment. An official at the railway authority, "I've lost lady in the twenty-second of her life. Separate explosions occurred in the train. And police forces involved in the whole investigation."Chennai is located in the state of Tamil Nadu; more cities are where Balazham railway stations in South India, as used by thousands of passengers every day to travel to neighboring cities and states. And imposed strict security measures in India in anticipation of violence during the current election, and which will last for six weeks. Voters in Chennai may cast their ballots in the election last week.