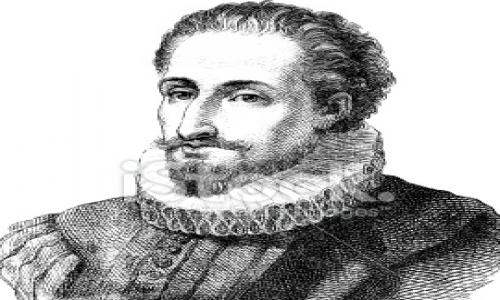 Search for the remains of Cervantes 4 centuries after his death

Scientists in Spain announced plans to search for the remains of writer Miguel de Cervantes, who died in the fifteenth century in one of the monasteries in the capital Madrid. The scientists will use special radar device, it sends waves under the ground, under the site of the remains of the famous writer, his novel "Don Queijota.

Experts say it is expected to take the survey and excavation, and analysis of what will be found, for several months. The famous writer de Cervantes, has died poor in 1616, although it is one of the most important leading figures in Spanish literature. Historians and is considered the father of the modern novel in Europe, after the emergence of novel important "without Queijota de la Mancha", which has achieved great international fame, and became one of the most widespread and novels translated and read on the Earth's surface. The scientists will begin the task of searching for the remains in the monastery Trinitaryanz in the capital Madrid, next Monday. According to the records of the Spanish writer, died at 22 Brill / April 1616, to be buried in the next day in the monastery church. But it is still not known, precisely place the body inside the monastery, which will be searched for.

The forensic scientists, the research will focus on the floor and walls of the part of the old monastery, using the equipment and penetrates the ground, and you can determine what's underneath. Lewis said batteries, commander of the research team: "radar cannot tell you that the underground is a writer's body, but it can locate the burial."He explained: "radar can determine the place, then comes the role of the work of meticulous work," in reference to the process of extracting the body and determine his identity. It is expected that the cost of the operation up to 100 thousand euros, and by next year will have passed on the death of Miguel de Cervantes, a full four centuries.