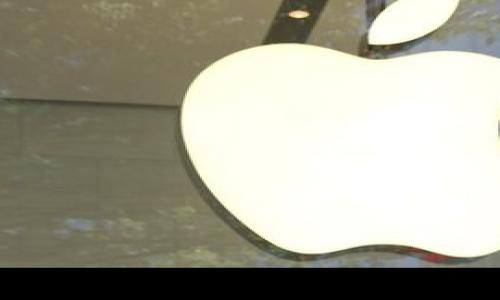 Apple has previously recalled USB adapters in the US and Japan

A European USB iPhone charger sold between October 2009 and September 2012 "may overheat and pose a safety risk", says manufacturer, Apple.

The US firm is offering to exchange the defective items free of charge.

In an advice note, the company urges those who own the adapter to stop using it, although it says the malfunction only occurs in "rare cases".

The model was sold in 37 countries, including some countries in Africa and Asia, but not in the UK. 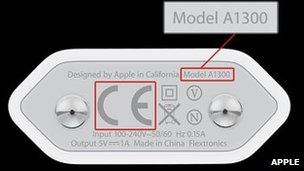 Apple released an image explaining how to identify the adapter

The item was shipped with iPhone 3GS, 4 and 4S models, and was also sold as a separate accessory.

Its model number is A1300 and it features the letters "CE" in solid grey.

It was sold in the following countries:

This is not the first time Apple has exchanged USB adapters. In 2008, the company offered to exchange defective iPhone 3G chargers in the US, Japan, Canada and several Latin American countries.

Apple has also offered to replace counterfeit or third-party iPhone chargers sold to customers in China, amid concerns over safety.