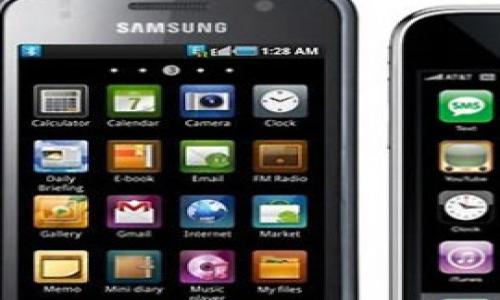 A judge fined U.S. technology giant Samsung of South Korea U.S. $ 119.6 million in compensation for the company Apple of violating two patents for the U.S. company. This is the judgment of the federal court in San Jose, California, Friday the latest in a legal dispute between the two companies. Apple was accused, in a case that lasted months, Samsung of violating patents related to the specifications of smart mobile phones produced by the American company.

Apple is demanding Samsung pay two billion dollars for patent infringement is especially smart and specifications of its most famous feature "slide to unlock”. Samsung denies the allegations and calls for Apple to pay $ 6 million for violating patents specifications of Samsung devices, including the properties related to the camera and video transmission. The case is one of those in a series of legal dispute between the two largest industry smart mobile devices. The court ruled two years ago, Samsung was fined 930 million dollars after they found that they used Apple technology in its electronic. Samsung made an appeal against the verdict in the case that still exists until now.