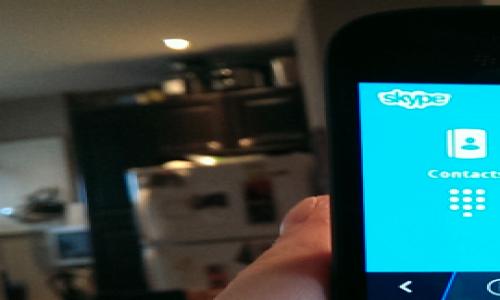 Microsoft Corp. unveiled software for a new service for interpretation will be added to the program Skype telephone conversations over the Internet.

The CEO of Microsoft, Satya Nadela that the company will issue a test version of the service called "Skype interpreter," to act in accordance with the operating system Windows 8 later this year. The move comes amid increased competition among software companies in the field of telephony services based on the Internet, prompting companies to look for ways to attract more users’ .According to Microsoft, the Skype software currently used by about 300 million monthly users around the world.

Said Nadela, who took office last February: "It would be easy for you depending on the program to talk to anyone without language barriers.”It did not say whether the company will provide this service for free or pay users counter them.

Microsoft revealed this technique for the first time at a conference in China about two years ago. The company said then in a blog that the researchers working at the company and at the University of Toronto have made significant progress to reduce the error rate in discrimination talks about 30 percent. The company said it achieved this by using a technique called "deep neural networks," which simulates the behavior of the human brain, and allow researchers to develop ways to translate better and more discriminating than previous methods. She added: "Whenever we add more data to the training we believe that we can get better results."

Gurdeep said Paul, vice president of Skype on Tuesday that the new service is the result of "decades of work."He added: "We have invested in speech recognition and machine translation and automated learning techniques for more than a decade. And now appear as components of these elements are important in this era of increasing reliance on personal computers."

The company Microsoft has bought Skype in May / May of 2011 valued at $ 8.5 billion, the largest acquisition in the company is doing at the time.

Nonetheless, the company is facing increasing competition from a large number of other software companies such as Google Hang Out, and Face Time for Apple, Whoopi IBM company BlackBerry, and programmatic Tango and Viper. He says Manoj Menon, General Manager, "Frost Sullivan" Consulting that once translation service launch new talks will have wide-ranging applications in sectors such as tourism and education.

He added that the property translator may also help Microsoft to integrate Skype with its social networking between companies, "Yamir."The Microsoft has bought the site Yamir, who works as a site like Face book but continue between the companies, valued at 1.2 billion dollars, in 2012. Menon says: "Microsoft has acquired a number of large companies such as Skype and Yamir during the past few years."He added: "The ability to integrate Skype and Yamir together will help Zaaderh worth, and property translator wonderful step in that direction."The company began to Skype several steps for development and attracts more users. Skype confirmed last year that they have developed a technique for three-dimensional video calls, but said that this technology will not be available to users before several years from now.