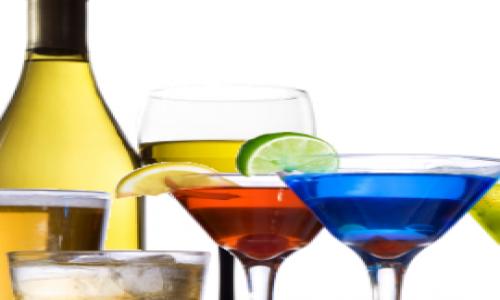 Intake of alcohol leads to obesity

The researchers said nearly half of those surveyed said that excessive intake of alcohol make them accept to eat large amounts of food. However, other experts cautioned that the study reflects the attitudes of some individuals, not "scientific things fixed."She said the organization "Slimming World" to combat obesity, which got commissioned study of the organization "YouGov" to polls; half of those surveyed have canceled physical activities the next day after taking less than two liters of beer. And turn these people to sleep or watch TV, or use social media to avoid the effects of alcohol - which adds 2051 calories above normal diet the next day. The poll reported that these persons had consumed about 2829 calories in the form of food, and 1476 calories in the form of drinks. Said Jackie Lavin, head of nutrition and research organization "Slimming World", that alcohol reduces the ability of man to control his actions. She pointed out that people who consume larger amounts of alcohol tend to eat at a greater rate and for a longer duration.

She added: "Alcohol makes food more rewarding and better Tdhuqa and makes you feel that he is better than usual."Lavin called on the government to launch a campaign to make people aware of the impact of alcohol consumption on weight gain, and the necessity of writing calorie labels on bottles of alcohol.

Bridget Pinelam, the British Nutrition Foundation expert said: "This study is interesting, but it is a survey, not a scientific study."

She added that the survey confirmed the existence of a relationship between alcohol intake and obesity.

Said Alison Tedstn, nutrition expert organization of public health in England: "The report raises the level of awareness of the size of the calories in alcoholic beverages."

She added: "excess calories can lead to weight gain and obesity, which increases the risk of heart disease, diabetes, and some types of cancer."

She Tedstn The campaign "Change for Life" of the Organization for Public Health England, encourages people to "eat well and move further."

Said Luciana Berger, Minister of Health in the Government of British shadow, the poll showed that more should be done procedures in order to raise awareness about "the impact of excessive alcohol consumption on weight.

"She added: "health problems associated with being overweight or obese cost the health insurance system the British more than five billion pounds each year, and therefore, it is time for the government to take bold action commensurate with the magnitude of this threat, which affects the health of our public."