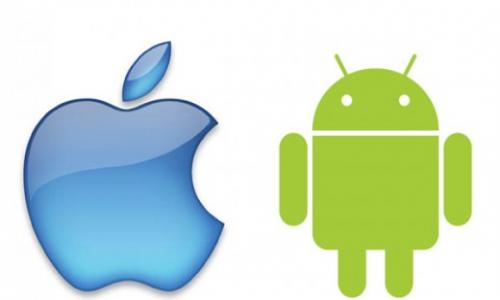 U.S. scientists have developed a computer program that makes applications Apple and Android are working together on the same hardware.

And developed by researchers at Columbia University that the new program which is known as Cider. The program helps owners of Android devices to combine applications, operating systems, "IOS" and they put Android on their mobile phones or tablet devices. The research team said that the program Cider is only a prototype, and added that were not have plans to turn it into a commercial product. The research team, which consists of six people, they began the project to develop the program Cider to overcome the obstacles that have been the owners of tablet devices to accept them. They said, for example, in a research paper about the program Cider Android devices that users do not have access to the applications that use audio or video files in Apple's iTunes application, users also suffer operating system IOS use of the contents of the programs rely on Flash. The program allows users to Cider using a single tool to access such applications, the researchers say.

And you know the way through which to convert the application to make a specific operating system to work with another operating system simulated default. To avoid performance problems that can be caused by these virtualization, built at Columbia University research team that includes a different approach to deal with the heart or the core of the Android operating system. This approach deals with a set of commands that pass through the device runs the Android operating system and change only those commands associated with the application operating system ISO .There is an additional program assistant provides some specialized data that you need those applications to work properly. The video shows the propaganda produced by the research team programmatic Android operating iMac or feed and is working on a Nexus 7 tablet. Some commentators say that the Apple App works relatively slow on that device. In addition, some applications on the Apple camera phone or GPS system GPS, Bluetooth, or property, functioning poorly, the researchers are still working to develop a program Cider to fix these problems.