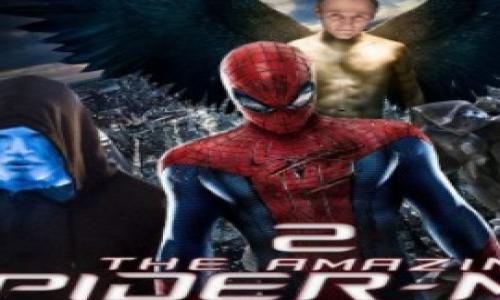 The Amazing Spider-Man 2 tops the box office in America

View began the second part of the film exciting, "Spider-Man" or "Spider-Man" sitting cross-legged on top of the list of the most popular films in North America, to achieve total revenue of 92 million dollars. The movie "The Amazing Spider-Man 2," which is produced by Sony, in second place, a list of the best film to be shown for the first time at the local level during the current year so far, behind the movie "Captain America: The Winter Soldier" from Disney's America. The "Captain America: The Winter Soldier" has achieved a revenue of $ 96 million U.S. dollars in the first show on the weekends in April / April.

And achieved the film "The Amazing Spider-Man 2" profits outside the United States is estimated at 116 million dollars over the weekend, which is up a total of what the film has achieved worldwide to 370 million dollars after three weeks of put to the view outside the United States and Canada. The film tells the story of Peter Parker or "Spider-Man", who embodied American actor Andrew Garfield, as he tries to protect itself in the face of many of the bad guys, including a personal "Rhino" embodied by American Paul Giamatti.

And enables the film "Spider-Man" new skip the movie "The Azar and Le Mans" or "other woman," who was obsessed first place in North America last week, which played a starring Belle American Cameron Diaz, for it becomes final in second place with sales tickets amounted to 14.2 million dollars. And came in third place on the list of highest selling tickets to watch screenings film "Four Wise Haven Reel" with sales of 8.6 million dollars, the film depicts the story of a boy allegedly visited heaven during a lived experience on the verge of death. As stated in the fourth film, "Captain America: The Winter Soldier" tickets sales amounted to 7.7 million dollars after five weeks of release, and in fifth place, followed by the movie "Rio 2" tickets sales amounted to 7.6 million dollars.

It is difficult to make a fair comparison with the first part of the movie "The Spider-Man" in 2012, which had begun to be displayed in the week that the United States was celebrating the anniversary of the Independence Day on the Fourth of July, and is a public holiday in the country. And achieved the first part of sales amounted to 62 million U.S. dollars in the first show at the weekend and 137 million dollars in ticket sales during the first week. It is expected that Sony produces other two parts of the film in the years 2016 and 2018.