Which one would you choose?

To be honest I think both are the same.but there are few differences.If you choose love marriage,just like in every love stories and romantic theme stories,there is this myth called “Love at first sight” ,this happens in most of the movies.Like seriously how could you possibly fall in with a person just by looks.What if two people marry because they fell in love at first sight and then what,I mean she is not gonna have that wrinkle less skin and that sparkly eyes and I don’t know maybe his masculine body may not stay that intact forever but still movies portray this kind of stuff and most of them just fall for it!

So what about Arranged marriage?

It is no different.I read a joke once it was something like this...Two people were sleeping on a bed,the man was like why are you sleeping on my bed ,next to me and the women was like we just got married today.You just don’t know this stranger and you get married to him.For one year,there will be overflowing love between them and what happens after that and then what,give birth to kids and in the end,the women and man just don’t know why they married eachother but just for the sake of their children,they live together.This happens in most of the cases.According to me,whatever marriage it is,I would say just give it some time and figure out things between yourselves before taking any major decision in your life.

Have a great day! 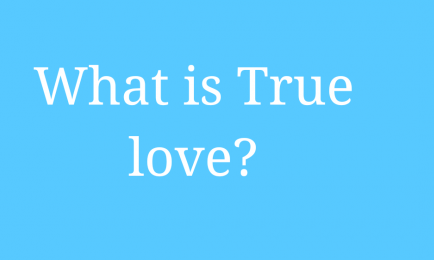 What is a True Love Story?

What comes in mind when you think about a love sto...

Love marriage or Arranged marriage. Which one wou...