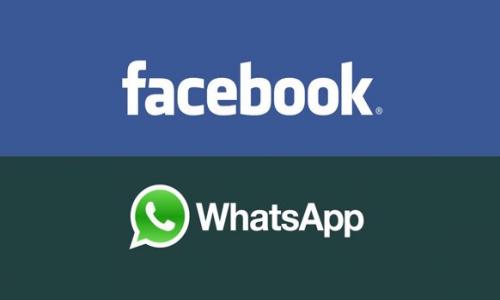 The Facebook And Whats App are to social networking media. whats app partially a social networking media but the hype of whats app shaked the pillers of facebook. so because of that the CEO of facebook Mark Zuckerberg decided to purchase whats app. and the sale was done 19 billion us dollars. that time zucker relaxed a bit that still he is at the top of the social networking sites but the users in whats app are day by day increasing but the hit on facebook is decreasing because whats app has a user friendly intrface were you can share photos.. make status, upload videos in faster way record audios etc. and the whats app is performing in a greater speed in uploading and downloading. and it also makes a faster free communication service using your phone there is no need of recharges..its only based on the internet.

Again this kind hype of whats app made his own site facebook to a jeopardy.so zucker is planning for some new update on facebook that can make his site better than before.facebook is also an utter failure in stock exchanges in past few days. Zucker is now planning to combine whats app and facebook together to make a combined access. the facebook inc and whats app inc are seperately registered and he is planning to combine it together. now free calling options are came to facebook. like that he is planning the same thing on whats app and combine it together under the company name .. Facebook Inc