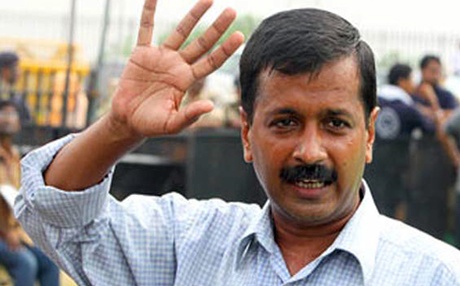 Its been a year since since this name became familiar to us. It was a quick rise to fame for him and his party. It all started after he joined Anna hazaree's India Against Corruption . After that he wanted to politicise the movement to a party. To stop corruption for once and for all. Eventhough there were difference between him and hazaree about this the party arose.

Now with his and other party workers sheer effort they made history in Delhi legislative assembly. A party which was in the underdog cateogary has aprised in just a year and has formed a government with support from minority congress.

He became the 7th and youngest cheif minster of delhi at the age of 45. His efforts to reach here should be well praised.

This wasnt the first time he suceeded in life. He passed th IIT entrance exam and completed his mechanical engineering from IIT kharagphur. Luck didnt leave him even after that, after resigning from his 3years job from tata steel he  wrote Civil Service Examination and passed in it at his very first attempt.

When he resigned from there he was already the joint commisioner in the income tax department.

His noteable efforts were the efforts at grassroot stage of right to information and drafting of the  Jan LokPal bill.

This efforts won him the Ramon magsaysay in 2006. He became ''indian of the year'' title of different organisations at different ocassions.